In the final months of the second world war, whilst bands of brothers cause carnage and destruction above, you will find that a greater terror lies in a world beneath. Toxic mustard gas used in WWI has wrought havoc on the environment in the intervening years and hostile mutated creatures have evolved.

You are chosen to lead a make-shift party underground so you need to arm yourselves, train yourselves and react swiftly to prevent the annihilation of mankind.

Amygdala is an immersive dungeon-crawler RPG, with a compelling, character driven narrative set in an alternative history.

Meridian Line is a first-person Navigational Thriller set on an automated underground transport network in London. Players must break into the underground late at night, solving situational puzzles while piecing together what happened to their missing brother, an urban explorer obsessed with an undocumented ghost station called Sanctuary.

Travel to all ends of the network, using lockpicking, wayfinding and other skills to reach abandoned ghost stations to pick up your brother’s trail, while unravelling the mystery of suspicious electrical interference, strange figures in the shadows, and the feeling that the network itself is plotting against you. 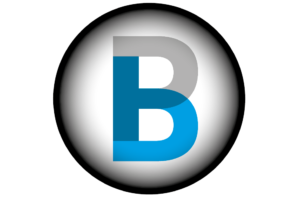 Billie Bust Up is an adorable 3D platformer with a focus on story, platforming and fun. Play as both Billie or Oscar to use their unique abilities to solve puzzles and open new pathways. Alternatively, play with a friend in local co-op mode and explore together.

Billie lives in a small village but she dreams of adventure. One day she hears a cry from a nearby cave and discovers an injured fox cub. Nursing him back to health she adopts him. Mysteriously her friends go missing one by one, forced into action, Billie must find her friends before it’s too late.

Procedural: meaning the game dynamically generates suspects and crimes so no two playthroughs are the same.

Crime: it’s your job to solve the crimes by interrogating suspects, directing your team to investigate the evidence, and deciding who to accuse.

Procedural: the game takes place within a procedural television series, and you need to not only solve crimes but do so in a way that interests an audience, increases your ratings, and keeps your show on the air.

The game’s main interface is a conspiracy wall of polaroids, scraps of evidence, and string to connect the dots. The experience of playing is like Papers, Please meets Perry Mason, or Columbo meets King of Dragon Pass.

Grab your HoloBuddies and adventure through the mysterious post-post-post-apocalyptic world of HoloFist! *THE* tie-in game for a cartoon show that might not even exist– a colourful monster-raising-and-battling RPG inspired by the rampant consumerism and brand-loyalty of the late 90s!

It’s like… Pokemon meets Futurama? With farming elements? Which is something you will obviously want to play if you like puzzles, professors, realising life is nothing but an endless struggle to correct humanity’s past mistakes, and building a wacky garden home to grow food for your buddies. Can you help them become strong enough to take on the island’s toughest threats?

With strategic planning, players will conquer the Galaxy with the colourful and crazy powers of the Starbeard Gnomes, and can also create a gnome of their own design! Starbeard is built on our community, with fan art being showcased in game and the most popular designs becoming the next wave of playable heroes, supported by our regular updates and hard hitting live game support and events.

Tetra is a fantasy RPG for PC set in a realm known as the Forgotten Isles, a mysterious island chain within a dimension ruled by powerful elementals.

What makes the world so unique is that it is based upon the periodic table, meaning that each island plays host to a wealth of different experiences for the player; from beautiful ever-changing visuals to exciting and reactive game-play. Each island is governed by its own elements, has its own environment, characters, and plot aspects.

Control 3 Elemental Guardians at once, each with their own unique spells and abilities. Build and unlock your team as you explore this enchanted world to craft the most powerful elemental force imaginable.

Growbot is a 2D point-and-click adventure about a robot saving her home from a dark crystalline force. Set upon a biopunk space station, you play as Nara, a growbot in training to become a captain. When your station home is attacked by rapidly growing crystals, it’s down to you to save it.

Within the game you: