Take control of a team of mercenaries, doing the dirty work of the shady factions who vie for control of a once-great, now crumbling industrial city.

In the single-player campaign you will assemble a team and deploy them on missions to infiltrate, spy, sabotage, steal, and eliminate their targets. Juggle your reputation with the powerful factions who rule over the city, and learn what makes the gears of society turn as you uncover their deepest secrets.

In online bultiplayer you can challenge your friends in competitive team-vs-team battles, take part in tournaments, or attempt to climb the online leaderboards in ranked matches.

The core gameplay is a twist on a classic turn-based, JRPG-style battle system. In Steamhounds, characters do not simply execute an attack or skill and then wait quietly until their next turn. Instead, they make their move and then choose one of several “stances” to adopt until their next turn. Stances allow characters to react to certain events, setting up powerful combos and chain reactions with their teammates – resulting in a highly dynamic battle system with countless emergent strategies and synergies. 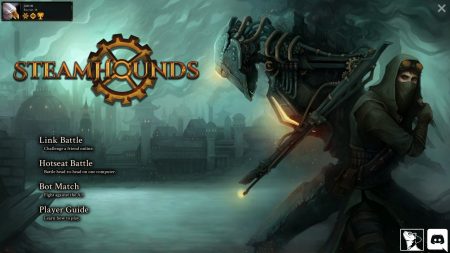 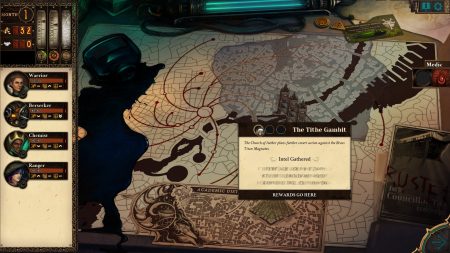 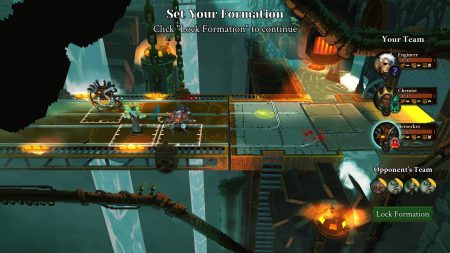 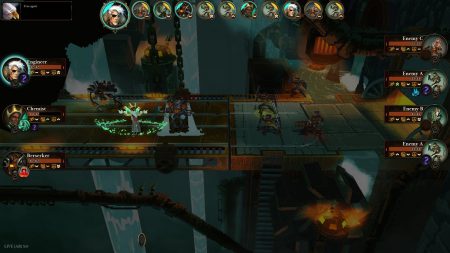 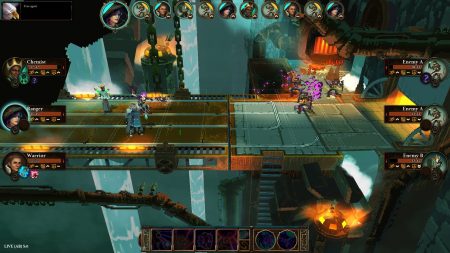